Standard, silver or antibiotic?
“It” affects people in all walks of life and from every socioeconomic background throughout the world. “It” is as common as Down's Syndrome and more common than Spina Bifida. One out of every 1,000 babies are born with “it”. “It” affects about 1m people in the US  and “it” is the most common reason for brain surgery in children.

“It” is Hydrocephalus; a chronic condition that occurs when excess cerebrospinal fluid (CSF) collects in your brain’s ventricles, (fluid-filled areas). CSF disperses from your ventricles around your brain and spinal cord. Too much CSF may result in an accumulation of fluid, which can cause the pressure inside of your head to increase. In a child, this causes the bones of an immature skull to expand and separate to a larger-than-normal appearance.

There are no medical therapies to effectively treat hydrocephalus. The only viable treatment is surgical. The gold standard therapy is the insertion of a ventriculoperitoneal shunt (VPS), which is a common surgical procedure to restore your CSF circulation, regulate its flow and allow you to have a normal daily life. Notwithstanding, a significant challenge is infection at the site of the surgical wound, the shunt or in the cerebrospinal fluid itself (meningitis). This effects about 15% of hydrocephalus patients and may result in further surgeries, extended hospital stays, a reduction in your quality of life and a significant hike in healthcare costs.

To reduce potential infection manufacturers’ impregnate standard shunts with either silver (silver has benefits in reducing or preventing infection) or antibiotics and market the impregnated shunts at higher prices.
In this Commentary
This Commentary describes hydrocephalus and reports findings of a clinical study designed to determine, which ventriculoperitoneal shunt (standard, silver or antibiotic) provides patients with the most protection against infection and which type of shunt is most cost effective for healthcare systems. For completeness the Commentary briefly describes the causes of hydrocephalus, its signs and symptoms and how the condition is diagnosed.  Also, the Commentary briefly describes the procedure to insert a ventriculoperitoneal shunt.
Hydrocephalus
Hydrocephalus is a condition that occurs when excess CSF collects in your brain’s ventricles. CSF cushions your brain and protects it from injury inside your skull. Also, the fluid acts as a delivery system for nutrients that your brain needs and takes away waste products. Normally, CSF flows through these ventricles to the base of the brain. The fluid then bathes your brain and spinal cord before it is reabsorbed into your blood. When this normal flow is disrupted, the build-up of fluid can create harmful pressure on your brain’s tissues, which can damage your brain.

There are two principal classifications for hydrocephalus: (i) communicating and (ii) non-communicating hydrocephali. Both can be subdivided into congenital (present at birth) and acquired (occurs following birth). Communicating hydrocephalus can also be subdivided into normal pressure hydrocephalus (NPH) and hydrocephalus ex-vacuo, which occurs when there is damage to your brain caused by stroke or injury. It is generally understood that congenital hydrocephalus can be caused by genetic defects, which can be passed from one or both parents to a child, but the direct hereditary links are still being investigated. Notwithstanding, experts have found a connection between a rare genetic disorder called L1 syndrome and hydrocephalus. L1 syndrome is a group of conditions that mainly affects the nervous system and occurs almost exclusively in males.

In the video below Sanj Bassi, a Consultant Neurosurgeon at King’s College Hospital, London and a member of the London Neurosurgery Partnership, describes hydrocephalus: 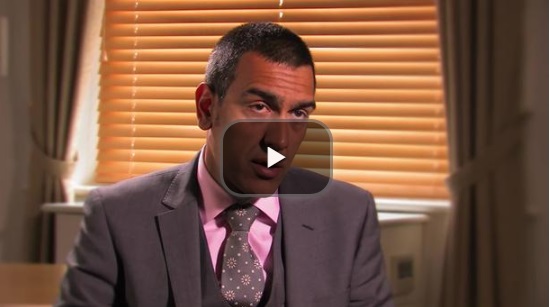 Causes
Some premature babies have bleeding in the brain, which can block the flow of CSF and cause hydrocephalus. Other possible causes of the condition include: X-linked hydrocephalus, which is caused by a mutation of the X chromosome and rare genetic disorders such as Dandy Walker malformation. This  is  a congenital (present at birth) defect, which affects the back part of the brain (the cerebellum) that controls movement, behaviour and cognitive ability. The most common cause of congenital hydrocephalus is an obstruction called aqueductal stenosis, which occurs when the long, narrow passageway between your third and fourth ventricles (the aqueduct of Sylvius) is narrowed or blocked, perhaps because of infection, haemorrhage, or a tumour. Other conditions, such as neural tube defects (like spina bifida), are also associated with hydrocephalus.
Signs and symptoms
Early signs of hydrocephalus in infants include bulging fontanel, which is the soft membranous gaps between the cranial bones on the surface of the infant skull; a rapid increase in head circumference; eyes that are fixed downward and poor feeding. In both infants and adults, symptoms include seizures; fuzzy vision, nausea, vomiting and excessive sleepiness.
Diagnosing hydrocephalus
The diagnosis of hydrocephalus may be made before birth by an antenatal ultrasound. However, in many cases, hydrocephalus does not develop until the third trimester of a pregnancy and, therefore, may not be detected on an antenatal ultrasound. Congenital hydrocephalus may be diagnosed at birth. Important considerations include antenatal and birth history of your baby and whether there is a family history of hydrocephalus. Physical examination at birth can also detect hydrocephalus. A measurement of the circumference of your baby’s head is taken and compared to a graph that can identify normal and abnormal ranges for a baby’s age. Of interest to an early diagnosis for hydrocephalus are the developmental milestones in older babies since the condition may be associated with developmental delay, which might require further medical investigations for potential underlying problems. Other tests that may be performed to confirm a diagnosis of hydrocephalus include magnetic resonance imaging (MRI) and a computed tomography (CT) scan. MRI or CT images can reveal swellings of your brain or another condition that might be causing your symptoms, such as a tumour.

In the video below Bassi describes how hydrocephalus is diagnosed: 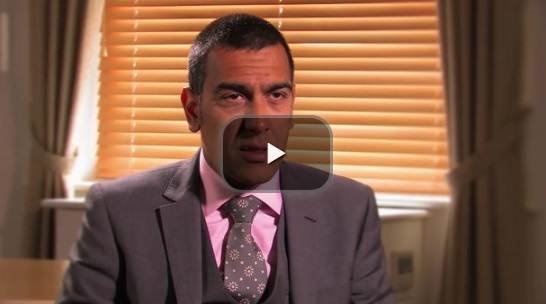 A shunt consists of two thin, long flexible hollow tubes, called catheters, with a valve that keeps fluid from your brain flowing in the right direction and at the proper rate and thereby reduces brain pressure to a safe level. To install a shunt a surgeon will make a small insertion behind your ear and also drill a small borehole in your scull. One catheter is then threaded into one of your brain’s ventricles through the hole in your scull, and the other is inserted behind your ear and threaded subcutaneously down to your chest and into your abdomen where excess CSF can drain safely, and your body can reabsorb it. Your surgeon may attach a tiny pump to both catheters and place it under the skin behind your ear. The pump will automatically activate to remove fluid when the pressure in your skull increases. Shunts can be programmable (externally adjustable by a magnetic device) to activate when the fluid increases to a certain volume, or non-programmable. Most surgeons tend to choose a programmable model, despite the fact that in clinical studies both types perform comparably.
In the video below Sanj Bassi describes both VPS therapy and some temporary treatment options for hydrocephalus. The latter includes medicines, which decrease the production of CFS, draining fluid from the spine via a lumbar puncture and draining fluid directly from your head into a bag via an external drainage system. 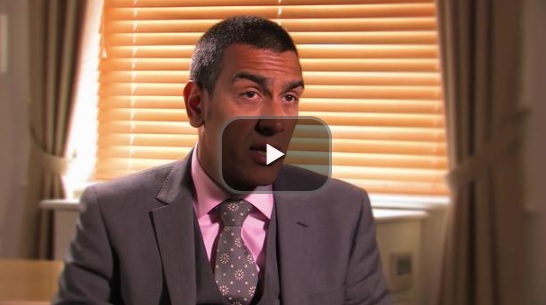 To determine the relative clinical benefits and cost-effectiveness of the three different ventriculoperitoneal shunts (standard, silver or antibiotic) following their de novo insertions, the UK’s National Institute for Health Research funded a large prospective multi-centre randomised controlled clinical study - The British Antibiotic and Silver Impregnated Catheters for Ventriculoperitoneal Shunts Study - (BASICS). Findings were published in the September 2019 edition of The Lancet. These concluded that shunts impregnated with antibiotics significantly reduce the risk of infection and also healthcare costs compared to both standard shunts and those impregnated with silver. Conor Mallucci, Consultant Paediatric Neurosurgeon at Alder Hey Children’s Hospital, Liverpool, UK, and lead author of the study, suggests that shunts impregnated with antibiotics should be, “the first choice for patients with hydrocephalus undergoing insertion of their first ventriculoperitoneal shunt”.

The Study’s clinical findings
Patient recruitment for the study took place between 2013 and 2017. Principal investigators assessed 3,505 patients and recruited 1,605 (children and adults) from 19 specialist neurosurgical centres across the UK & Ireland. Participants presented with hydrocephalus of any aetiology [including idiopathic intracranial hypertension (IIH), which is a condition with an unknown cause or causes and associated with raised fluid pressure around the brain]. All required an insertion of their first ventriculoperitoneal shunt.

All shunts used in the study were CE marked medical devices intended for the condition. Participants were randomly assigned to three groups: one group of 536 received a standard shunt, another of 531 received a silver impregnated shunt, and a third group of 538 received an antibiotic impregnated shunt. The minimum patient follow-up period was six months and the maximum two years. Six per cent of evaluable patients in both the standard and silver groups presented with infections and required a shunt revision. This compared to only 2% in the antibiotic impregnated shunt group that became infected and needed revising. The difference is significant.
The Study’s economic findings
The study’s clinical significance is enhanced by the fact that it provides the first health economic analysis of different VPS therapies from a UK perspective. Findings suggest that using an antibiotic impregnated VPS rather than either a standard shunt or those impregnated with silver, would result in annual savings to NHS England of approximately £135,753 (US$166,795) per infection avoided, which amounts to annual savings of some £7m (US$8.6m).

The research has a further significance because, despite the high medical costs of treating hydrocephalus, the annual spend  on hydrocephalus research is relatively low. For example, the US National Institutes of Health (NIH) invests less than US$8m per year in hydrocephalus research. This means that there is a dearth of clinical studies associated with the condition and no long-term follow-up research over the lifetime of patients.

Although BASICS is a significant study it should be mentioned that it is restricted by the relatively low proportion of patient-reported outcomes: 32, 31 and 12 reported infections after insertion of the standard, silver and antibiotic VPS’s respectively.
Takeaways
This Commentary describes the findings of an important, well-conceived and well-executed clinical study of hydrocephalus. Its importance is derived from the fact that there’s a dearth of large prospective multi-centre randomised controlled clinical studies on hydrocephalus. The study’s findings are significant because they unequivocally suggest that, not only are antibiotic impregnated ventriculoperitoneal shunts more likely to deliver better clinical outcomes, but using them, instead of standard or silver impregnated ventriculoperitoneal shunts, would result in a substantial reduction in healthcare costs.
view in full page

What are the most common neurosurgical applications for neuroendoscopy?

What are the disadvantages of neuroendoscopy?

How to deal with cancer patients with young children?

What is elevated intracranial pressure?

How does blindness occur from intracranial pressure?

What should a person do if they suspect Chiari malformation?

Can Chiari malformation occur in those not born with the deformity?